Staycation: Embracing the Sun in the UK 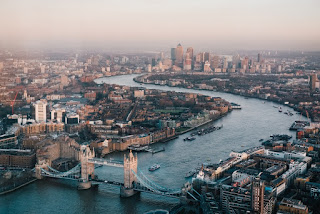 With the awesome weather blessing the UK, it is most definitely calling for a staycation. Often less stressful and cheaper than going abroad, these locations are bursting at the seams with attractions for you to fill your time with! London Source: Bendavisual on Unsplash Why fly yourself to Venice, Italy this Summer, when you could visit Little Venice in London at a fraction of the price? Take a trip in a water taxi which resembles the traditional gondolas in the Italian city. Enjoy waterside cafes, pubs and restaurants during the summer months. Whilst enjoying the air of Italy around London, you can also enjoy the extravagant Georgian architecture and great outside spaces. If you are from out of the UK, you simply cannot leave without a taste of a British delicacy — pie and mash. This classic dish should be enjoyed in the East End for authenticity or in a higher end restaurant for a gastronomic rendition of the delicious dish! Manchester This City is home to some amazi
Post a comment
Read more 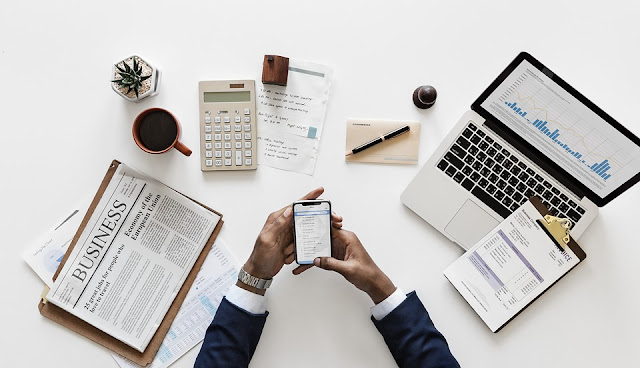 A world without internet seems unimaginable but it is only in our lifetime that it’s really developed and become what it is today. Rewind twenty years and the internet was only just being introduced, mobile phones were almost non-existent and touch-id and facial recognition were inconceivable. As technology is rapidly developing it is vital for businesses both small and large to keep their technology up to date as not to fall behind in the modern world. So, exactly how are businesses being changed by technology? Image Credit: Pixabay Productivity The development of technology allows companies to use computer programs and automated business software to replace manual methods of processing information. This means improved access to information and data and a step towards a ‘paperless office’. A paperless office = faster, more agile work with fewer mistakes. Surely that’s a win-win situation? Despite the benefits, this adds questions to employment opportunities. Accessibili
1 comment
Read more

How to Throw a Big Party in a Small Flat 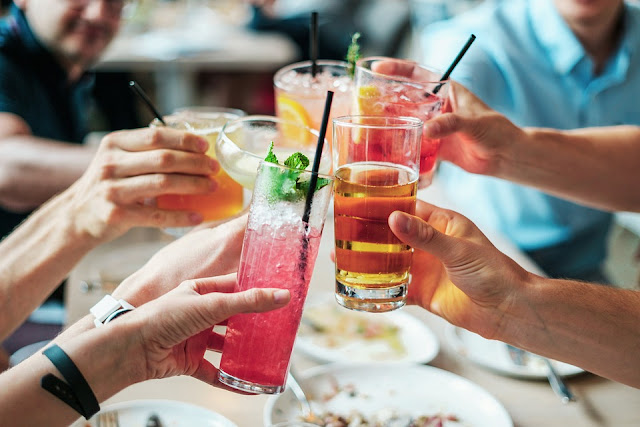 Source Throughout the majority of my adult life, apart from a couple of years in a house-share with seven other overexuberant students, I have been living in either a self-contained studio or one-bedroom flat. While this has mostly been due to the excessive rents charged in the city of Brighton and Hove, I must also confess that I have always struggled to get on top of the domestic chores required when running a household by myself. As someone who enjoys hosting parties and shindigs that more often than not ending up more than a little raucous, I have managed to develop the ability to host a big party in a confined space and ensure that a good time is had by all. It is all about ensuring that you are making the best use of your space and utilising the right sort of furniture to take advantage of this; with that in mind, check out my top tips for hosting an awesome party over the Christmas and New Year! Use your Space Wisely Make sure that you are making the best use possible
Post a comment
Read more

No Deal Brexit: What A Prospect. 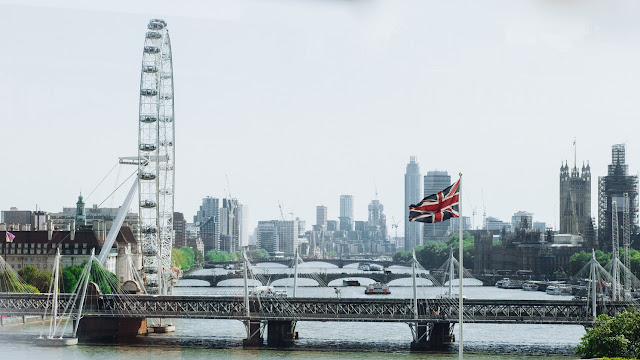 Image Credit: Unsplash Whichever side of the fence you sit, the current Brexit negotiations are irrefutably shambolic. From the delay on the vote for Theresa May’s deal, to a quashed no-confidence vote in her leadership. As we edge closer to May 29th, a ‘no-deal’ scenario is starting to feel like a real possibility. But what could this mean for the UK? Not to alarm anyone, but the reality could be frankly pretty miserable for a variety of reasons. Food Shortages  According to the BBC , the UK ‘produces roughly 60% of the food it consumes’ and of the remaining 40%, ‘about three-quarters is imported directly from the European Union, including a lot of fresh fruit and vegetables like citrus fruits, grapes and lettuces.’ Although here in Britain we have more supermarkets per capita than any other country, our food stores actually keep little stock. Put another way, our food industry depends on seat of the pants supply chains, which arrive overnight, the majority of it thro
Post a comment
Read more 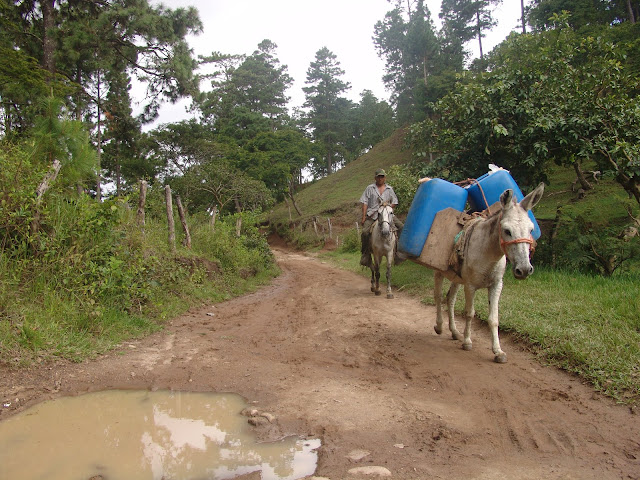 After wanting to travel the world and do many adventurous activities on my travels, there just wasn’t the budget to travel the world and do all the adventurous activities in lots of different countries across the world. Instead I investigated the destinations that offered all the activities I wanted to do together in one place. Central America became the destination of my choice to visit and backpack around. There are seven Nations of Central America, all offering something a little bit different in the way of culture and activities. The Nations are: Guatemala, Belize, El Salvador, Honduras, Nicaragua, Costa Rica and Panama. Central America is rising in popularity of being a great backpacking route. With lots of activities and different things to go and see for cheap costs, this is an ideal country to explore if you’re on a budget. Source:  Horseback riding in Central America My Recommended Places to visit across Central America: The Volcan Baru in Panama There are ma
Post a comment
Read more 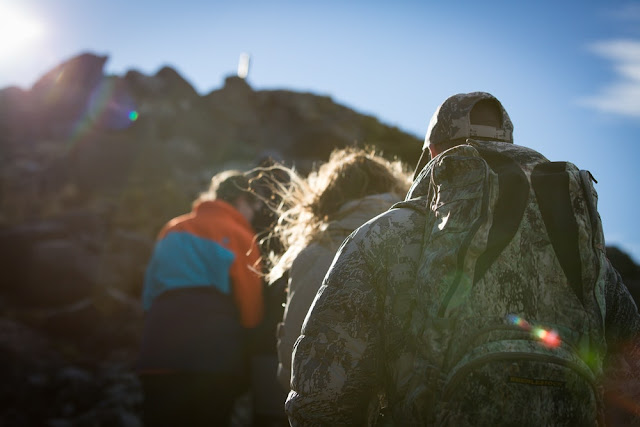 Source:  UnSplash Now that I have reached the milestone of my thirties, I have developed ever-increasingly itchy feet and have started to look into expanding my horizons and travelling to central and south America over the next year or two. One country that I have always been keen to visit is the country of Panama, especially since a friend of mine visited and showed me his holiday snaps. Every new travel adventure requires in-depth research, so here is my guide to visiting Panama. The Starting Point Bocas del Toro As starting point I have chosen Bocas del Toro, it is a well-established tourist destination in Panama, with resorts dotted all over its Caribbean shores. However, it also has a large backpacking scene with a great variety of hostels. It is a great starting point, because it will ease the traveller into the idea of backpacking, but you still got the luxury of a sound infrastructure – in case you need it. The only drawback is that due to the touristic infrastructu
Post a comment
Read more

The Changing of the Seasons: How I Get in the Mood for Autumn 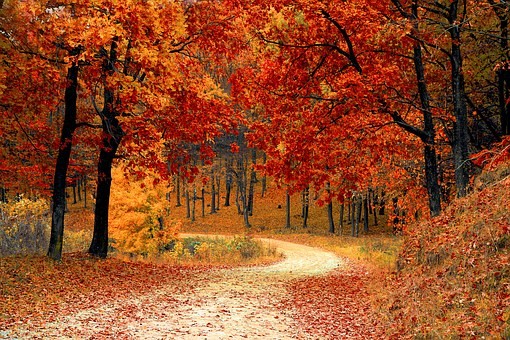 It cannot be denied that so far in 2018 and we have been provided with two somewhat extreme versions of weather here in the UK. Earlier in the year we were gripped by the now infamous Beast from the East , which even extended as far south as London, and actually compelled commuters to avert their eyes from their smartphones and gaze up in wonderment at the sky. Sadly though, us Brightonians had to make do with our usual half-day of sleet, while enviously having to see endless photos of idyllic scenes presented to us by the media. However, those of us living by the sea got our revenge in the summer, and were treated to spending endless days lazing on the beach, boozing, swimming and firing up BBQs, while at the same time trying to dissipate relentless attacks from the local seagull population. Yes, 2018 provided us with the pleasure of enjoying the joint-hottest summer ever this year in the UK, and it was a jolly good (but overdue) one it has to be said! However, as we w
Post a comment
Read more
More posts